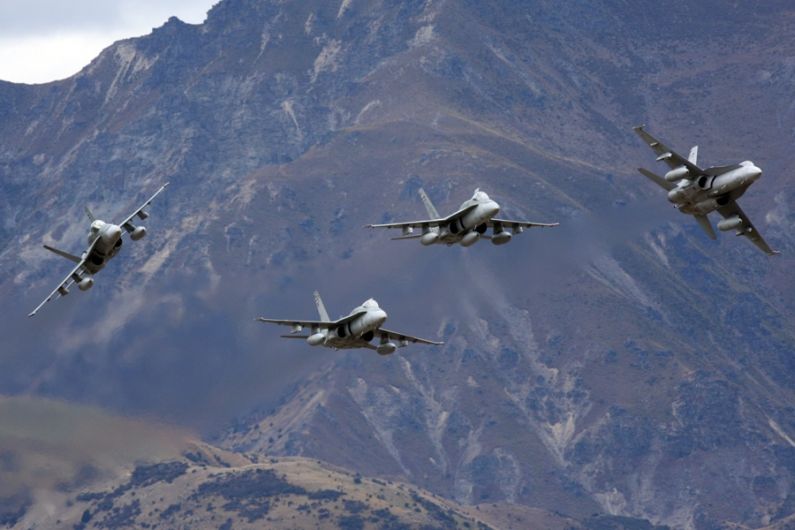 Four modern fighter jets thundering through the skies, a WWII fighter aircraft firing its six machine guns, a barrage from seven field guns, the latest in executive jet technology and the return of an iconic aircraft.

That’s just some of the action being lined up for next Easter’s Warbirds Over Wanaka International Airshow.

The event was an instant success when it was first held at Wanaka Airport in 1988 with 14,000 people turning up.  The last show in 2018 marked the 30th Anniversary, attracting some 55,000 visitors over the three days.  That show won the New Zealand Event Association’s Best National Event Award and People’s Choice Award.

General Manager, Ed Taylor, says planning for the biennial event is an on-going process.  “While we’ve still got a lot of work to do to pull the Easter 2020 Airshow together but we have already had a couple of ideas we have put in the 2022 file.”    Ed says when you are dealing with valuable old aircraft and overseas acts there is often a lot of lead time needed to finally get them over the line.

“We are very fortunate to have a Polikarpov I-16 aircraft return to Wanaka next Easter.   Airshow founder, Sir Tim Wallis, famously rescued nine Polikarpov wrecks from a remote Russian location and had them restored to flying condition.  The stubby WWII fighters went on to star at many Wanaka Airshows.”

“When his aircraft collection was disbanded back in 2008, the Polikarpovs were sold to various collections around the world so it’s fantastic to have one of them come back to display at Wanaka,” says Ed.

WWII fans are also very keen on seeing the P-40 Kittyhawk firing her six 0.50 calibre machine guns.  The aircraft will be teamed up with a couple of ‘enemy’ aircraft which it will ‘attack’ in the air with all guns blazing.  “We have organised for the aircraft to do a test firing of the guns on the ground on the Friday of the Airshow giving fans the chance to see this up close and personal – something they can’t do at any other airshow in the world,” says Ed.

Modern warbird fans won’t be disappointed either with significant contributions from the New Zealand, Australian and United States Air Forces.  The Royal Australian Air Force is bringing up to five of its F/A-18 Hornet fighter jets to Wanaka.  They will perform a 4-ship display at the Airshow - only seen once before at Wanaka back in 2010.

The Royal New Zealand Air Force has attended every Wanaka Airshow since 1988 and they’ll be back with the Black Falcons aerobatic team, helicopters, the C-130 Hercules and other aircraft types, plus their recruitment team and ‘School to Skies’ programme.

“Our Airshow is a great mix of both classic and modern Warbirds.  Aviation fans can see the evolution of fighting aircraft over the years,” says Ed.   Another popular act making a return after a six year absence will be jet racing which involves five Vampire and L-39 jets competing over several laps around a 6-kilometre race track above the airfield.  “The sight of all these aircraft stacked up as they head into the first turn around the pylon is something pretty special,” says Ed.

It’s not all about military aircraft.  Wanaka will showcase everything from entry-level sport aircraft through to the new Pilatus PC-24, the world’s first executive jet engineered to be “off road” compatible with its short field performance, even on unpaved runways.  This aircraft will be making its New Zealand debut in Wanaka.

The Warhorse Re-enactor groups who converge on Wanaka at Easter will be setting up their traditional ‘camp’ but also have a special display planned for the Airshow. “The Warhorse teams are bringing up to seven field guns, including five 25-pounders and there will be a mass firing of these.  The ‘barrage’ will give visitors some idea of what it must have been like at battles such as the Somme and Monte Casino,” says Ed.

Then there’re all the other Warbirds, classic aircraft, formation aerobatic teams, stunning pyrotechnics and ground displays.

“It’s hard to cover off everything visitors will see, there’s just so much.  That’s why lots of our visitors go for a three–day pass so they have flexibility to return for a second and even third day to see their favourite acts one more time,” says Ed.