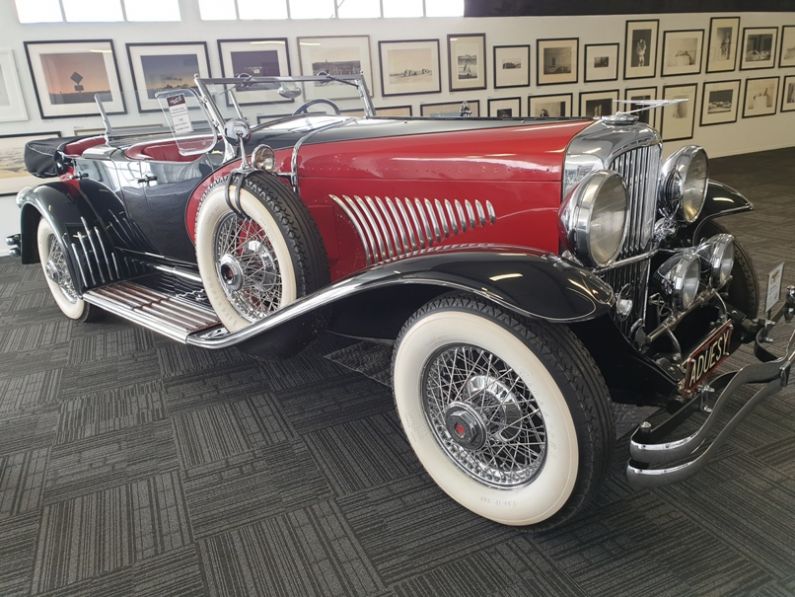 The Airshow will feature a display of the best of the best classic American cars from the Golden Era of the 1920s and 30s including two rare Duesenbergs on display alongside each together for the first time in this country.

One of the Duesenbergs, a 1934 model J, has been on show at the Warbirds and Wheels Museum at Wanaka Airport for the past few years. It will be joined at the Airshow by a second Duesenberg which recently arrived in the country.

The Classic Car display is being put together by Robert Duncan from Warbirds and Wheels and he’s promising a stunning line up of some of the very best classic American cars in this country.

“For guys like me having two Duesenbergs on show together is going to be pretty special. We’ll also have some other immaculate examples of Packards and Buicks, along with a recently imported and rare Stutz,” says Robert.