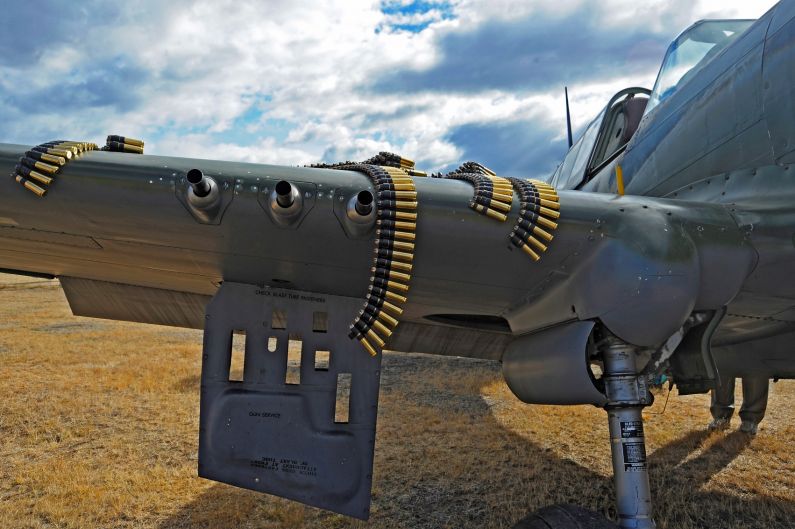 Visitors to the Warbirds Over Wanaka International Airshow next Easter are being offered a unique close-up opportunity to see a P-40 Kittyhawk firing its six .50 calibre machine guns.

Auckland-based pilot Frank Parker is returning to Wanaka to fly the P-40. Frank will be firing the guns as part of an aerial display but there will also be a test firing of the guns on the ground on the Friday of the Airshow.

Warbirds Over Wanaka General Manager, Ed Taylor, says Wanaka is the only Airshow in the world where you can see a P-40 firing its guns.

“We are working up a great scenario for the Saturday and Sunday which will involve the P-40 hunting and shooting down a couple of enemy aircraft. But before that on the Friday we will be having a special one-off ‘firing of the guns’ on the ground to allow fans to get up close and personal for the experience of a lifetime.”

“The P-40 guns are something of an only-at-Wanaka thing. They were first used back in 2008 and then in 2012 and 2016. It’s great to have them back for 2020. We know they’re very popular especially with our international visitors who just can’t get enough of them,” says Ed.

Pilot Frank Parker says when the guns are fired it changes the P-40’s character from a quaint old aircraft to a ‘weapons system’. “The guns are a bit muted by the engine noise, however the whole airframe rattles - there is no doubt there is some serious action going on. They add a further dimension to the aircraft and the display routine. I’m very privileged to be in the seat and it does give you a very real feeling for how it must have been when P-40s were flying in combat back in the 1940s,” says Frank.

The spent shells will be recovered and signed by Frank and will then be offered for sale to Airshow visitors raising funds for the Warbirds Over Wanaka Community Trust Flying Scholarships.