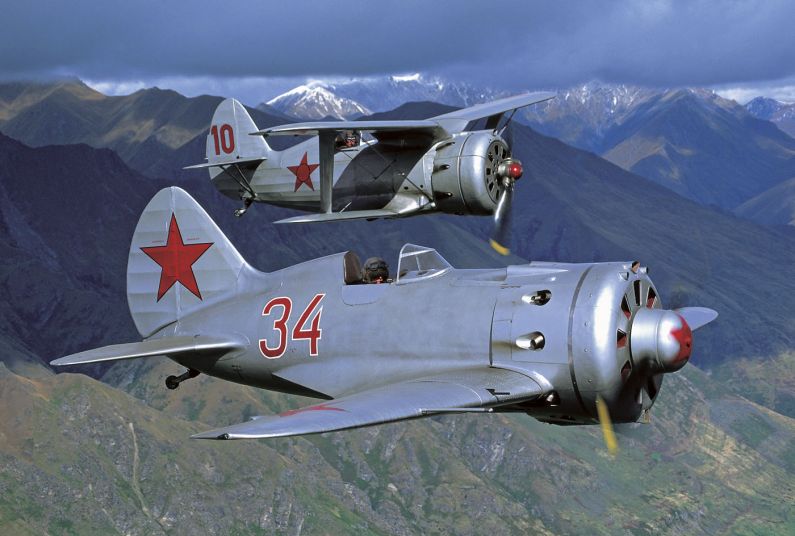 Two years on from the disappointment of being a late withdrawal from the Warbirds Over Wanaka International Airshow, organisers have confirmed a Polikarpov I-16 aircraft will make an emotional return to Wanaka next Easter.

The plan was for the aircraft to be one of the stars of the 30th Anniversary of the world-renowned event in 2018.  However, mechanical issues just two weeks out from the final possible shipping date meant the plan had to be abandoned.

Not deterred, Airshow organisers have continued talking with the German owner of the aircraft and it is now in a shipping container bound for New Zealand.

When the aircraft arrives it will be reassembled at Wanaka Airport by Callum Smith and his team of engineers at Twenty24 Ltd ready for former World Aerobatic champion Jurgis Kairys from Lithuania to take the controls at the Airshow.

The aircraft is one of the nine Polikarpovs famously restored by Airshow founder Sir Tim Wallis back in the 1990s.  The recovery of the six Polikarpov I-16s (fondly known in Russia as Ishak or Little Donkey) and three I-153s is still regarded as one of the most audacious Warbirds restoration projects ever undertaken in the world.

Warbirds Over Wanaka General Manager, Ed Taylor, says there were a lot of very disappointed Warbirds fans in 2018 who had been looking forward to seeing one of the Polikarpovs again, possibly for the last time ever in this country.

“We never gave up hope and with the goodwill of the aircraft owner and the logistical talents of sponsors Hamburg Sud and Mainfreight we have made it happen.  It is a pretty big deal for Wanaka and for our founder and patron Sir Tim Wallis to have this stubby, noisy little aircraft return,” says Ed.

The story of Sir Tim’s Polikarpov project is legendary in warbirds circles.  Following the first ever Warbirds Over Wanaka Airshow in 1988 Sir Tim visited Russia on business but took the opportunity to check out some possible aircraft for restoration.  He returned to Russia in 1991 and that’s when he fell in love with the Polikarpov.  At the time none were flying anywhere in the world.

Sir Tim and his chief engineer Ray Mulqueen located nine wrecks.  In 1992 Sir Tim signed a contract to start work on rebuilding the aircraft in one of the original Russian aircraft factories that had produced the aircraft back in the 1930s.

It was another six years before the Polikarpovs first flew at Wanaka.  They continued to star at Warbirds Over Wanaka for the next 10 years.  Following the 2008 Airshow Sir Tim’s Alpine Fighter Collection was disbanded and the Polikarpovs were sold off to owners around the world.

The aircraft coming to Wanaka is # 9 and was initially sold to German businessman and Warbirds collector Thomas Julch.  The aircraft was later sold to Wolfgang Frey but is still housed in Mr Julch’s hangar at Lachen-Speyerdorf airport in Germany.