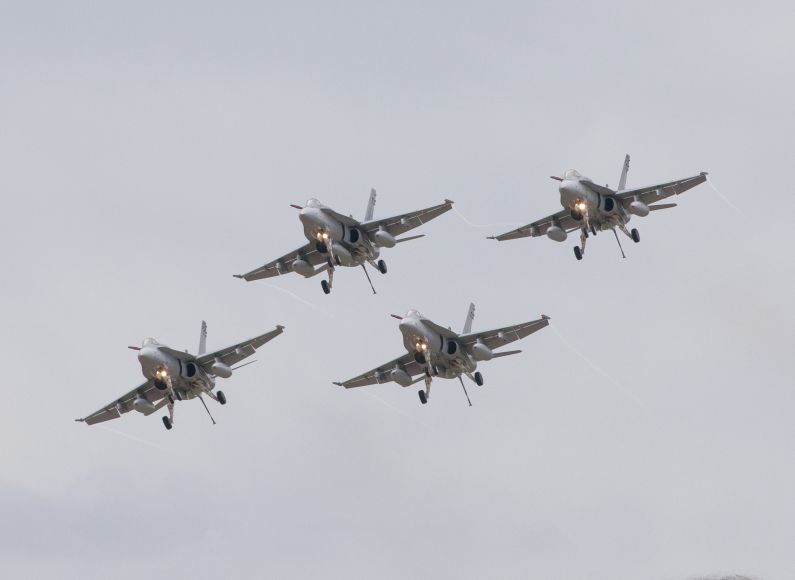 Ten years after they debuted at Warbirds Over Wanaka, the Royal Australian Air Force (RAAF) F/A-18 Hornet fighter jets are returning for Easter 2020.

Back in 2010 the jets were the undoubted stars of the show and they’re sure to wow the crowd once again. The RAAF is planning to bring five Hornets to NZ providing a 4-ship for the Wanaka Airshow. The Hornets are part of 77 Squadron and Commanding Officer Jason ‘Easty’ Easthope will be the leading the display.

Wing Commander Easthope was born in Rotorua and flew with the Royal New Zealand Air Force (RNZAF) until the disbandment of the New Zealand strike force and sale of the A4 Skyhawks.

“The team is very excited about coming to Wanaka. It’s one of the world’s great Warbirds Airshows and we have had no trouble finding volunteers for the trip over,” says Easty.

While in New Zealand the RAAF will be hosted by the RNZAF and if all goes to plan, be based out of Queenstown Airport. Warbirds Over Wanaka General Manager, Ed Taylor, is thrilled to have the Hornets back. “We always get magnificent support from the RAAF. Who will forget the F1-11 and C-17 displays of a few years ago and more lately we have had the Hawk jets along with the Spartan.”

“To have this many Hornets returning will be awesome. With the Hornets being phased out over the next few years it will possibly be the final time we get to see a 4-ship of these fine aircraft flying in New Zealand,” says Ed.

The Hornets have been the backbone of the RAAF strike force for some 30 years. They are based at Williamtown air base near Newcastle in New South Wales. The squadron will be converting to the new Lockheed Martin F-35 Lightning II from 2021.

When they were last in Wanaka back in 2010 keen aviator and All Black captain at the time, Ritchie McCaw, joined in the Airshow commentary from the backseat of one of the F/A-18s as it thundered through as part of the display.