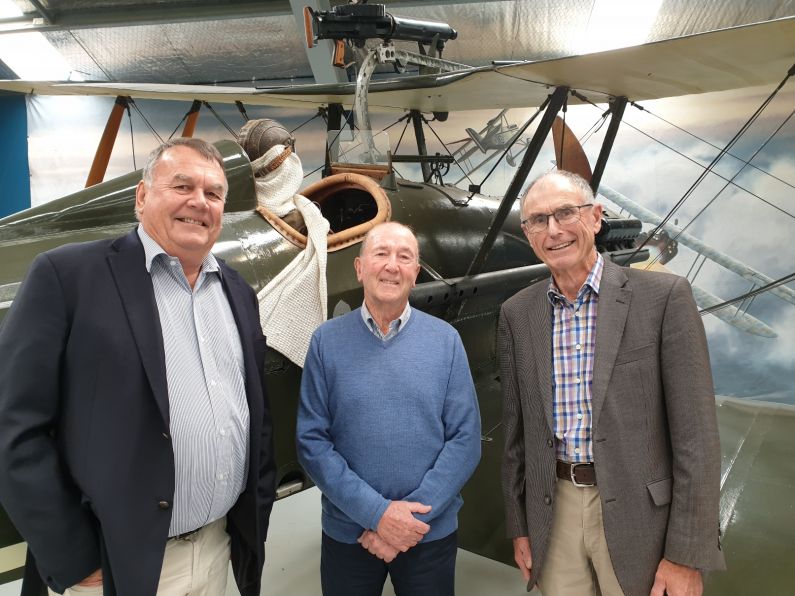 An association spanning more than 30 years has come to an end with Dunedin lawyer Stephen Grant stepping down from the board which runs the internationally-acclaimed Warbirds Over Wanaka Airshow.

Stephen’s association with Airshow founder Sir Tim Wallis goes back to Sir Tim’s floating of the listed company, The Helicopter Line Limited, in 1986.

Through the early Airshow years Stephen provided legal advice as the event continued to grow into the major New Zealand event it is today. When Sir Tim’s Alpine Group handed over control of the Airshow to the Warbirds Over Wanaka Community Trust in 2006 Stephen was appointed as one of the original Trustees.

He has continued to serve as a Trustee and also as a Director of Warbirds Over Wanaka Airshows Ltd, the company which runs the Airshow on behalf of the Trust.

Stephen’s big passion for the Airshow centres on ensuring that New Zealand’s proud aviation history is made accessible to all generations and providing the opportunity for giving back to the local and regional community.

“The very first Airshow back in 1988 raised money for the Wanaka Community Swimming Pool and ever since the event has given back in many ways, through direct donations and by giving local community groups the opportunity to fundraise at the show.

Stephen says it’s been a fantastic three decades. “Being involved with such a big event is bit of a rollercoaster ride at times with lots of nerve wracking moments over the years around whether a certain aircraft will make it to the Airshow or whether the weather will play ball. But it has always worked out.”

Stephen says he’s especially proud that the Airshow remains as relevant and successful as ever and that the future of the event looks sound.

Warbirds Over Wanaka Community Trust Chairman John Gilks has thanked Stephen for his huge contribution over the years. “Stephen has worked tirelessly for this organisation and I have always valued his thoughtful and professional input.”

Stephen’s departure has opened the way for Christchurch-based businessman Peter Townsend to join the board.

Peter, who owns a holiday home in Wanaka, was Chief Executive of the Canterbury Employers’ Chamber of Commerce for 21 years until his retirement in 2017. Before that Peter was Managing Director of the New Zealand Salmon Company.

Peter has held numerous governance positions over the years and currently serves as a Director and Chairman of Pegasus Health (Charitable) Limited and as a Director of Otakaro Limited. Peter is also a member of the RNZAF Museum Trust Board and the Callaghan Innovation Grants Committee. Peter and his wife Rose have four children and four grandchildren.

Peter is thrilled to be joining the board. “I have always admired this event and am looking forward to working with the other members of the board in providing strong governance which enables the organisation to continue to be a major contributor to the local economy and community.”