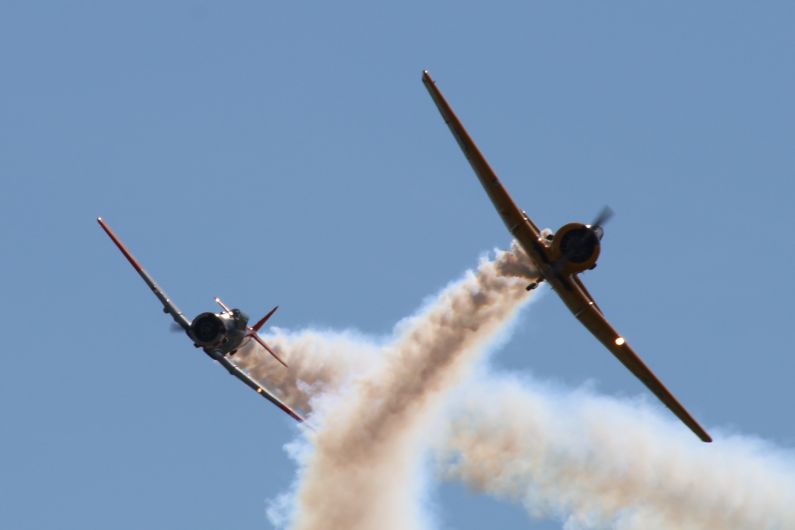 Wanaka: Warbirds Over Wanaka organisers have reported a significant increase in visitor numbers for their 30th Anniversary Airshow over Easter weekend.

General Manager, Ed Taylor says while they are still to finalise exact numbers but early indications are the final figure will be up on the 2016 event. “Being our 30th Anniversary certainly created a lot of interest in the Airshow but the icing on the cake was having the United States Air Force F-16 fighter jets here.”

People came from far and wide to see this display and they were not disappointed with the F-16 displaying across the weekend with two performances on the final day.

“While the fast jets were a massive drawcard you also have to have a great overall programme and we certainly had that. The very best of pilot skills were on show across the programme and the weekend. We are very fortunate that the very best display pilots want to perform at our event. The best of the best in New Zealand and of course top international pilots like UK-based John Romain.

Another international pilot and regular performer at Wanaka is Jurgis Kairys who rates the 2018 Airshow as the best he’s been involved with. Jurgis first appeared at Wanaka in 2004 and has become synonymous with the Southern Hemisphere’s biggest Warbirds Airshow. “I love coming to Wanaka and this year we had a whole lot of fun, especially with the beautiful weather we had for most of the weekend,” says Kairys.

One of the busiest pilots at Wanaka this year was New Plymouth’s Brett Emeny who flew a number of aircraft at different times across the weekend. Brett is the chief pilot for the Catalina flying boat, flies the Vampire Jet, the T-28 Trojan and is a member of the nine-ship Yak-52 team.

“Wanaka is the one truly international Warbirds Airshow in this country and as such it’s a great event to be part of. You get to fly with the very best New Zealand pilots but also get to watch and mix with excellent pilots from overseas.” Emeny says there’s something very special about the Airshow in Wanaka and that’s why he and many of his friends keep coming back.

Taylor says not only was the Airshow successful from a visitor and flying point of view but numerous exhibitors have reported a great response from the large crowd at the event.

The next Warbirds Over Wanaka International Airshow will be held at Easter 2020 (10th, 11th and 12th April).