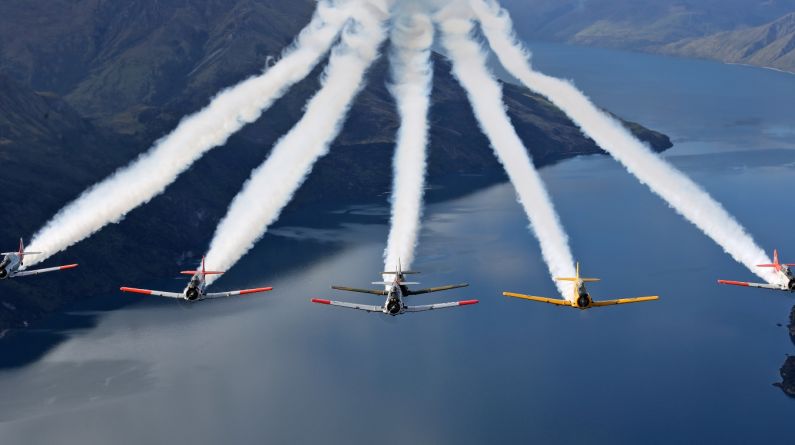 Warbirds Over Wanaka International Airshow has announced a new Carbon Offset initiative as part of its overall Sustainability Programme. Visitors to the next airshow at Easter 2020 will have the option of adding $1 to their ticket price to go toward offsetting the carbon they will burn getting to the event.

For its part the Warbirds Over Wanaka Community Trust will match every donation dollar for dollar to help offset the carbon burnt during the airshow itself.

Following the 2020 airshow the money raised will go towards a local planting project to enhance waterways around the area. It’s believed Wanaka is the first airshow in New Zealand, and possibly Australasia, to introduce such an initiative.

The Carbon Offset programme follows Warbirds signing up to the New Zealand Tourism Sustainability Commitment last year. This Commitment has four major planks around sustainability, including the environment.

Warbirds Over Wanaka General Manager, Ed Taylor, says it’s all part of a wider commitment with the aim of ensuring the event is around for another 30 years or more.

Just last week Warbirds Over Wanaka Community Trust chairman, John Gilks, announced a $20,000 donation to the Wanaka Water Project which will see some 24,000 trees planted around local waterways over the next five years.

“A number of years ago we partnered with Wanaka Wastebusters to divert as much airshow waste from landfill as possible. This has been a big success with all sorting of waste done on site resulting in tonnes being recycled instead of being dumped. The Wastebusters team does a fantastic job and we get lots of feedback from visitors who attend airshows all over the world saying ours is one of the cleanest they have been to.”

Ed says they are working with Wastebusters to try to get more exhibitors and vendors to think about how they can minimise waste while they’re at the event.

“It seemed logical to us to extend our sustainability programme to include trying to offset as much of our carbon footprint as possible.” Ed says they’re confident many visitors will support this initiative and with the organisers matching the money raised there will be a significant amount available for more local tree planting initiatives.