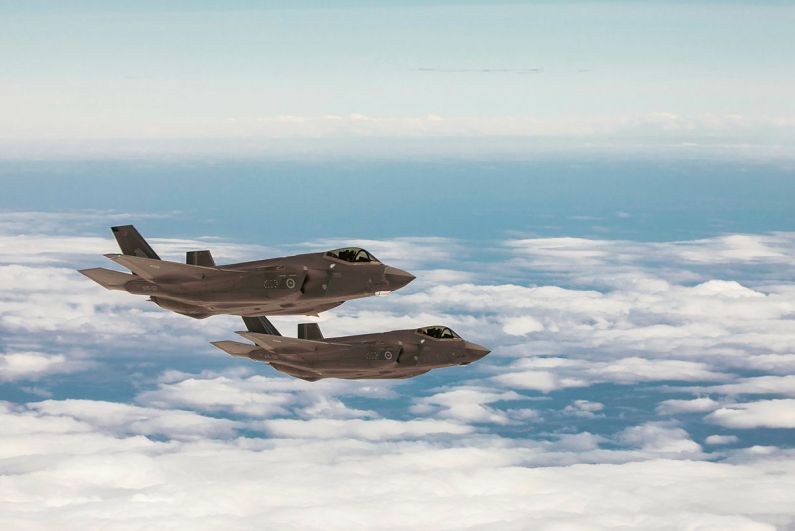 F-35A Lightning for Warbirds Over Wanaka

A major coup for New Zealand’s premier Airshow.  The Royal Australian Air Force has confirmed it will be displaying its new F-35A Lightning II fighter jet in New Zealand for the first time at next Easter’s Warbirds Over Wanaka International Airshow.

The Australians are one of several air forces formally invited to be part of the Airshow which is marking the 85th Anniversary of the Royal New Zealand Air Force.

RAAF Acting Chief of Air Force, Air Vice-Marshal Stephen Meredith, says the Wanaka Airshow is an excellent opportunity for RAAF to be represented in New Zealand and at the same time to be part of the RNZAF celebrations.   Along with the F-35A display the RAAF will also have a C-130J Hercules on static display next Easter.

Warbirds Over Wanaka General Manager, Ed Taylor, says having the F-35A confirmed is huge for the event.  “Modern fast jets are always very popular with our crowds and follows past displays from the F/A-18A/B Hornets also out of Australia and the USAF F-16 Fighting Falcons.”

“But it’s more than these impressive Aussie aircraft that will be on show next Easter. Warbirds Over Wanaka is the perfect event at which to reflect on the very close and deepening bond shared by both RNZAF and the RAAF.

“We warmly welcome RAAF’s involvement in April 2022, that we know will only heighten the excitement for visitors to Warbirds Over Wanaka International Airshow.”

Ed says having the C-130J on display will be a great opportunity for New Zealanders to have a look through this impressive transport aircraft, COVID restrictions permitting.  The Royal New Zealand Air Force has ordered five of these aircraft to replace the current C-130H Hercules.