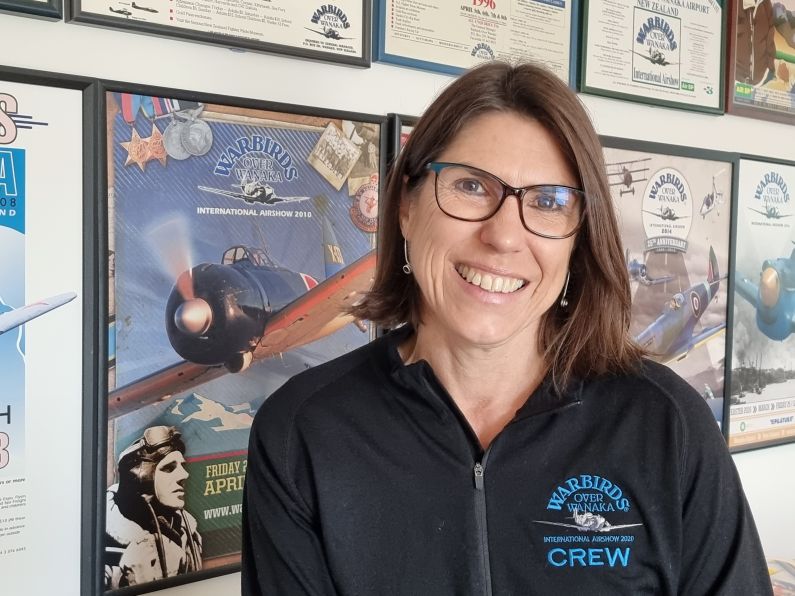 Warbirds Over Wanaka’s new Event Manager has a long association with aviation, airshows and the Wanaka region.  Andrena Davis has taken on the role following the retirement earlier this year of Mandy Deans who had been Event Manager for 14 years.

“Mandy has left big shoes to fill but I’m very excited about taking on the challenge of bringing together a fantastic airshow at Easter 2024.  I have a passion for getting things done and thrive on seeing an event come together with attendee experience my number one priority,” says Andrena.

Originally from Dunedin, Andrena became interested in aviation when “hitching a ride as a kid in her father’s glider in the late 80’s”.  Some years later Andrena had her first flying lesson before gaining her pilot’s licence with the Otago Aero Club and has been a regular attendee at the Wanaka airshow.

During those years she spent most holidays, summer and winter, in Wanaka so knows the area well.  In later years Andrena has been based in the Wellington and the Wairarapa regions where she has worked as a professional photographer and in event management, including working on the Wings Over Wairarapa Airshow.

Warbirds Over Wanaka General Manager Ed Taylor is looking forward to having Andrena onboard.

“We are already in the early stages of planning for the next airshow which by all early indications is going to be a huge event.  By the time Easter 2024 rolls around it will have been a long six years between airshows and we know there is plenty of pent-up demand for our event from around New Zealand and overseas.”

The last Warbirds Over Wanaka International Airshow was in 2018 and attracted some 55,000 visitors over three days from both New Zealand and overseas and injected around $42million into the regional economy.  The 2018 airshow was also named New Zealand’s Best National Event and won the People’s Choice award at the New Zealand Event Association awards.